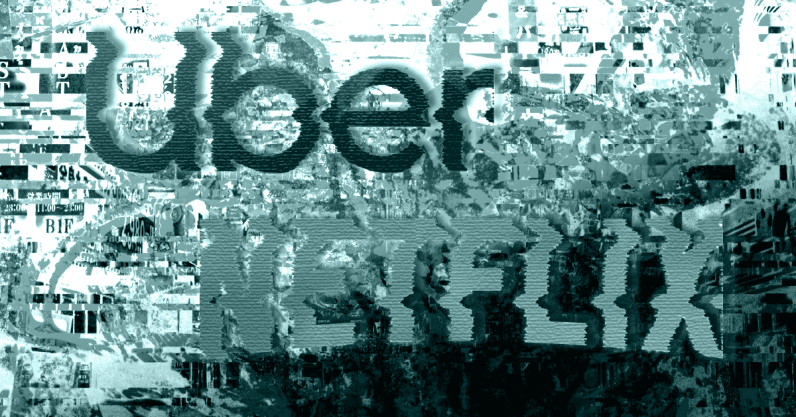 You have likely seen the LinkedIn posts and tech finance blogs spouting about how Uber and AirBnB were born out of the ashes of the 2008 credit crunch that put millions of people out of a job and led to a decade of slow recovery. “One can only imagine,” the posts are saying, “what new companies will come out of this COVID-19 pandemic.”

As distasteful as it may feel to discuss the future of unborn businesses while a virus is impacting and ending so many lives, history proves that the Facebook posts about shiny, new companies starting up and finding immense success during and after turmoil are true. A good crisis should never go to waste, some say.

But these seemingly pithy and overly simplistic posts are missing the point. A big, glimmering, successful business is not the point at all.

The point is catastrophe isn’t just a catalyst for starting a new business, but a chance for systemic change in business. And I believe that we are seeing the earliest stages of a worldwide movement — a movement of people from an unexpected place.

I am talking about the musicians, artists, filmmakers, and content creators of this world who use their creativity to progress society’s voice. And this modern culture class is completely fed up with three-piece-suit business models and royalty-stealing contracts that have blunted their message for years.

I am talking about the group of visionaries who have been cheated by the 1950’s-style business models of today, and are sounding a full-throated, William Wallace rallying cry for creative founders to succeed in business ventures on their own, above and beyond the Ubers and AirBnBs of this world.

This trend may not be obvious to everyone, so allow me to connect a few dots by going back to the Great Recession of the late 2000’s and looking at not just a big, successful business that was born out of it — but the people who brought it into this world.

In post-bubble-burst 2009, unemployed white-collar workers flocked to places like MIT and Silicon Valley to funnel their rage at being screwed over by big business into tech startups with dreams of change and the new buzz word — “disruption.”

Not every group of disgruntled former finance pros found success, but the atmosphere was ripe with risk and fueled by an overall feeling of, “Let’s burn it all down and start over.”

One of the most successful of these recession creations was the OG of startup accelerators — Y Combinator.

Their premise was simple: they would scour the globe for the most disruptive ideas (note — not companies) created by visionary inventors for the benefit of societal progress and cocoon them inside Y Combinator’s safe-harbor, offering each inventor, corporate-axe-murdering rebel, and hacker a chance to perfect their craft and plan their revenge on the system that put them there.

Y Combinator was so successful at mobilizing this group that over the last 10 years, nearly every single “we’ll make your startup successful” incubator or accelerator program in the U.S. today is a watered-down, sugar-glazed, vacuous version of Y Combinator.

But what people forget is that Y Combinator’s first goal wasn’t to be a business. It was to be a movement. The founders of Y Combinator did not come together to build a copy of a copy of a slightly different business that already existed — they wanted to pour jet fuel on the system and then light the match.

And they ended up changing behavior for startup founders everywhere.

Where are we now?

It’s debatable whether today’s Y Combinator and their more recent offspring are still true to their original visions — but the point is that historically speaking, large-scale crises aren’t just a catalyst for generating new businesses, but more precisely for generating long-term changes in how businesses behave.

Worldwide catastrophe tends to shake people from their stultifying march down the path of “how granddaddy did it” tradition, take a hard look at the inner workings of the system they are stuck in, and redress the imbalances often caused by greed and old-school thinking.

So, to the punchline: the area of human experience that remains shockingly under-discussed in the world of startups, innovation, and disruption is the arts and humanities.

The commercial systems and business models that exist for today’s musicians, inventors, filmmakers, artists, and culture creators are stunningly outdated and stupefyingly industrial.

Or, in 2020 terms: we got cool, diverse people making badass music, movies, videos, art — so why TF are we still letting a bunch of rich, old white dudes take all their money and stifle their abilities to say what needs to be heard? These pioneers of thought and creativity underpin the very happiness of our day-to-day lives. They are the coders of society; the architects of our world’s moral piping.

For those who are paying attention to them — i.e. not the old white dudes — there are signs the founder-like disruption has already begun. The same rage that flowed through the veins of early Y Combinator founders in 2009 is pulsing within the singers and songwriters who were left out of Spotify and record label negotiations in 2015, 2016, and 2017.

It’s in the hearts of independent filmmakers and Etsy shop owners who watch industrialized corporate structures take a fat cut off the top of their hard work. The hardship these culture shapers are being forced to suffer as they are thrown out of their unstable jobs and into unemployment has only increased their eff-the-system desires.

The rage is there, the independence has been thrust upon them, and the timing for systemic change is now.

No one is saying this — but the next big innovative disruption is coming from the group of forward thinkers who are capable of taking the startup lessons of Dropbox and Stripe and the frustrations of pioneering explorers and make a beautiful, innovative, corporate-defying, #BlackLivesMatter-championing, #Equality-bringing, #SaveThePlanet-screaming baby.

Simply put, when this worldwide tragedy is finally behind us, we will look back and find that the great business disruption of our time won’t be the Netflix of marketing or the Uber of supply chain management.

The movement that finds a completely new way to empower the culture class of creators, inventors, and founders with a business-building framework that fits the morals of the artist rather than the other way around will be hailed as the great innovator of our time.