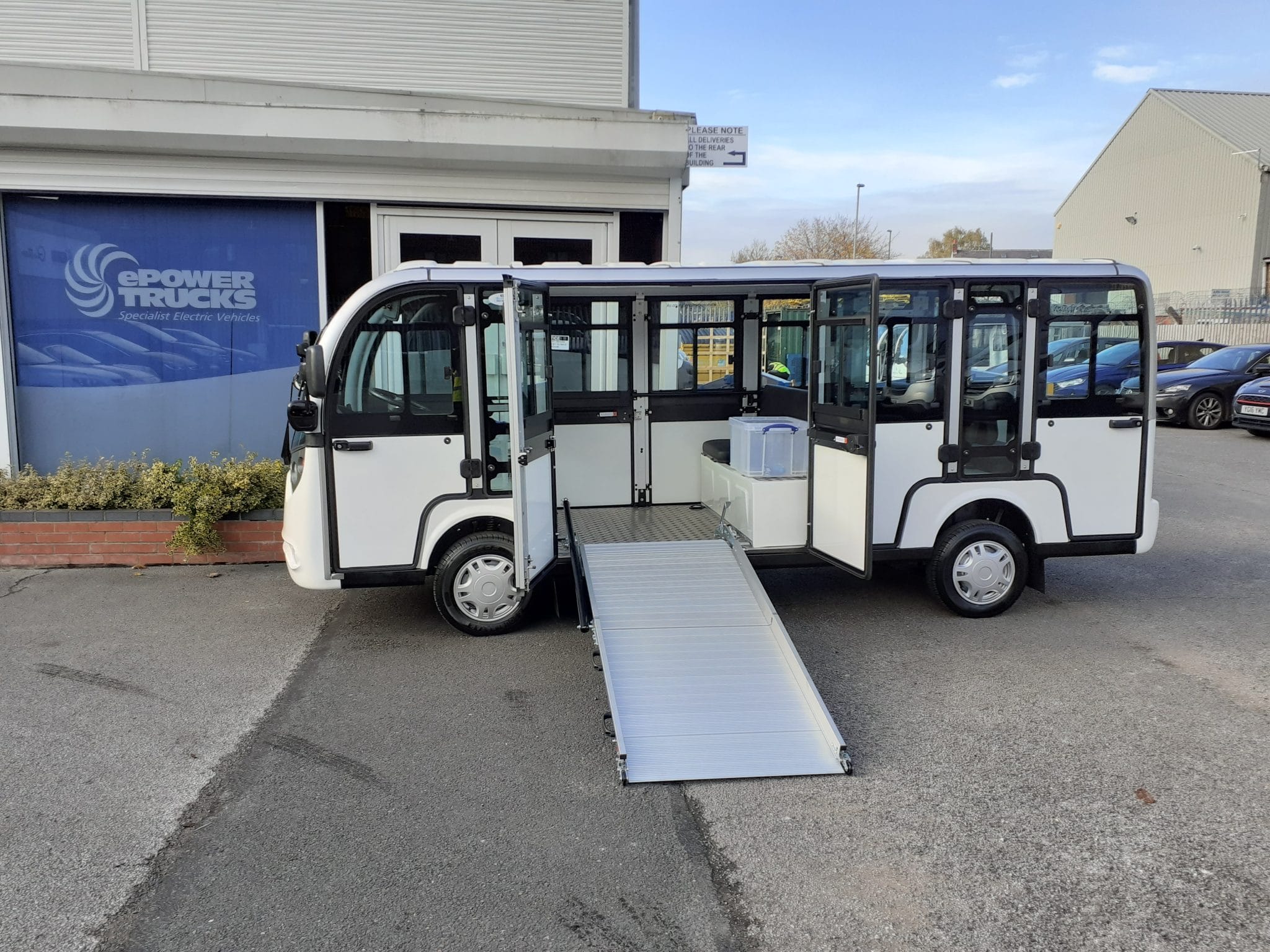 Manny Silva, who made history last year by successfully raising money for City Council, is looking to bring a new transportation option to the Rockaways: an electric shuttle bus. The new project would provide Rockaways residents with a way to travel around town while simultaneously making an environmental impact statement. If the plan is approved, the first electric shuttle bus will be launched in 2019.

An Optimal-EV electric shuttle bus is the industry leader in zero-emission, low-floor vehicles. Its quiet operation and best-in-class equipment make it ideal for fleet conversions. Optimal has over 33 years of uninterrupted automotive engineering experience, superior CAE optimization skills, and a team of seasoned bus manufacturing operations managers. The company integrates industry solutions with deep multi-industry insights to create an EV that meets the needs of its customers.

The S1LF will be powered by a Proterra battery system with a total energy capacity of 113 kWh, providing over 125 miles of driving range. The company will debut this vehicle at APTA EXPO 2021. It is the first of several commercial electric vehicles planned for production. Optimal expects to debut the S1LF at APTA EXPO 2021 next March.

Optimal-EV will license its E1 and S1 product lines to Vicinity Motor for 10 years in exchange for an equity stake in the company. Vicinity will build and market these vehicles, both directly and through its dealership network, in Canada and the U.S. Both companies will split revenue from the sale of the vehicles. The partnership will create a more reliable and cost-effective electric shuttle bus for transportation needs.

With a step-in height of 11 inches, Optimal’s No-Kneel(r) chassis allows passengers to easily enter and exit the bus without any trouble. Additionally, the vehicle’s ADA-compliant accessibility ramp can be deployed quickly and easily. And because it has a no-kneel suspension system, it’s accessible to passengers with limited mobility. The Optimal-EV electric shuttle bus has several seating configurations to match the needs of any fleet.

The Phoenix Motorcars electric shuttle bus is designed to meet the needs of transportation companies with varying needs. The company offers a fleet of electric medium-duty vehicles, EV charging stations for buses. They’ll be exhibiting the shuttle bus at BusCon 2014 in Indianapolis. If you’re interested in seeing one of these electric shuttle buses, stop by the company’s booth. You can even take a Ride and Drive.

The company is a wholly owned subsidiary of SPI Energy, a company that focuses on solar and renewable energy. Phoenix Motorcars has filed for an initial public offering with EdisonFuture, a subsidiary of SPI. The company recently announced a partnership with Icona Design Group to develop next-generation electric vehicles, which could be sold under the EdisonFuture brand. Its electric shuttle bus will be the first commercially available all-electric bus.

The Phoenix Motorcars electric shuttle bus is capable of a range of 110 miles. It requires just three hours to fully charge the battery. The interior features faux wooden surfaces and 16 seats, including two wheelchair-accessible seats. Compared to a standard shuttle bus, this bus will cut carbon emissions by 61 tons per year. Electric vehicles are also cheaper to maintain than their internal combustion counterparts. Phoenix Motorcars’ electric shuttle bus will save you money and the planet.

Phoenix Motorcars, a division of Forest River, has partnered with Creative Bus Sales to offer its customers a new generation of all-electric shuttle buses. Using Ford E450 chassis and leading-edge electric drivetrains, Phoenix Motorcars buses are engineered with energy-efficient features and advanced technology. They are ideal for schools and transit agencies looking to make an eco-friendly statement. They also provide in-house financing and dedicated DMV departments. Service bays located throughout the country have certified technicians.

As the largest bus dealer in the U.S., Creative Bus Sales has partnered with Canada’s GreenPower Motor Company Inc. to provide electric shuttle buses to businesses and schools. The company offers a variety of different models. Its nationwide coverage includes 19 sales locations and more than 200 service and support staff. Creative Bus Sales represents 20 different manufacturers in the United States. This partnership will help it build a national distribution network for its electric buses.

With a nationwide distribution footprint and deep market penetration, Creative Bus Sales can compete with other manufacturers for electric-bus grant money. The combined brand portfolios of Zeus, Pegasus, and Creative Bus Sales will provide a cutting-edge alternative in the school, shuttle, and commercial markets. They are excited about this new partnership and plan to continue partnering with Pegasus and Zeus to offer a variety of hybrid and all-electric buses.

InCharge Energy and Creative Bus Sales have successfully partnered to build the first electric school bus fleet in California. The company plans to install 43 ABB TERRA 24 kW DC fast chargers on the buses. Once the buses are fully operational, the buses will become the state’s largest operating electric school bus fleet. This partnership has already generated many benefits for the public. They are saving taxpayers money while reducing greenhouse gas emissions.

An electric shuttle bus for Kean University students has been awarded nearly $2 million in state grant money. The buses will bring environmental benefits to campus and beyond. The university plans to install seven electric shuttle buses for students in 2019. The project is part of a $100 million clean transportation initiative announced Tuesday by Gov. Phil Murphy. In his remarks, the governor cited these projects as important steps towards meeting goals for climate change mitigation and environmental justice, including a goal of using 100% clean energy by 2050.

The Port Authority has announced plans to convert 50% of its fleet to electric vehicles by 2020. Six buses have already begun operating at Newark Liberty and JFK airports. By June, six more will join the fleet at LaGuardia airport. The conversion is part of the Port Authority’s Clean Dozen sustainability program, which was launched following its adoption of the Paris Climate Agreement in October 2018.

The Port Authority is transitioning its fleet from diesel to battery electric buses as part of its ongoing efforts to reduce pollutants. To that end, the agency has teamed up with electric bus manufacturer Proterra to roll out 18 battery-powered buses at three of its major airports. In addition to the new battery-electric buses, the agency has added new charging stations at each airport. Currently, six electric buses are in service at JFK, and the remaining six will arrive at LGA and Newark Liberty in 2019.

The new fleet of electric buses is part of the Port Authority’s Clean Dozen initiatives, which aim to reduce greenhouse gas emissions by 35 percent by 2025 and eighty percent by 2050. This latest initiative comes after the agency embraced the Paris Climate Agreement in October, which was one of the first public transportation agencies to sign on to. The city’s electric buses should significantly reduce emissions and maintain higher vehicle reliability. These buses will also reduce maintenance and operating costs for the Port Authority.

While many cities in the United States are moving toward electric vehicles, the Port Authority has been a leader in this transition. The electric buses are quiet and efficient, and the Port Authority’s Central Automotive Division is instrumental in making this transition possible. With the recent installation of charging stations at its Wilkinsburg bus station, the city has taken the first steps toward making the transition from diesel to electric. There are now 150 more charging stations in its agency.